Philip is the feistiest, naughtiest boy in the world with a BIG personality! When everyone else is asleep he’s all ready to play. His “I’m outta here!” attitude means it’s hard to get a good photo of him. In one word Philip can be described as charming and he’s likely to be a real handful as he gets older.

Frankie is loud, bold, and adventurous! He may be tiny, but he has oodles of charm. He’s a little package filled to the brim and somehow is different to the other lambs he’s with. He is, however, a little possessive and gets jealous if somebody else is on his carer’s lap!

Philip is not a big sleeper but when he does sleep, he loves to do so on someone, whether that be a human, another lamb, or a dog. He really doesn’t care who it is. Frankie pushes other lambs out of the way when it’s bottle time. That’s his boldness in action! All that pushing makes him a good sleeper.

Wherever Frankie ends up in life he’ll always be the boss. He’ll always be the first to the fence when the food comes out. Philip is very vocal and has a lot to tell the world. He is particularly proud that he is named after Philip Wollen, our Lamb Care Australia patron.

It seems both lambs are destined to rule the sheep world when they grow up! Damon and Kai are twin brothers. Damon has always been bigger and stronger than Kai. Kai loves a snuggle and will fall asleep in anyone’s arms. Although small in stature, Kai is one brave little lamb with no fear when it comes… Brida came into care after being found freezing cold and alone by the farmer. Her temperature upon arriving into care was only just over 33 degrees and hypothermic. She was conscious but very limp and floppy. We worked hard to… Lazarus Sadly, tiny Lazarus was found laying next to the body of his dead Mum. Thankfully the farmer took him inside, made sure he had colostrum and then contacted us the following day. When Lazarus arrived into care he weighed a… 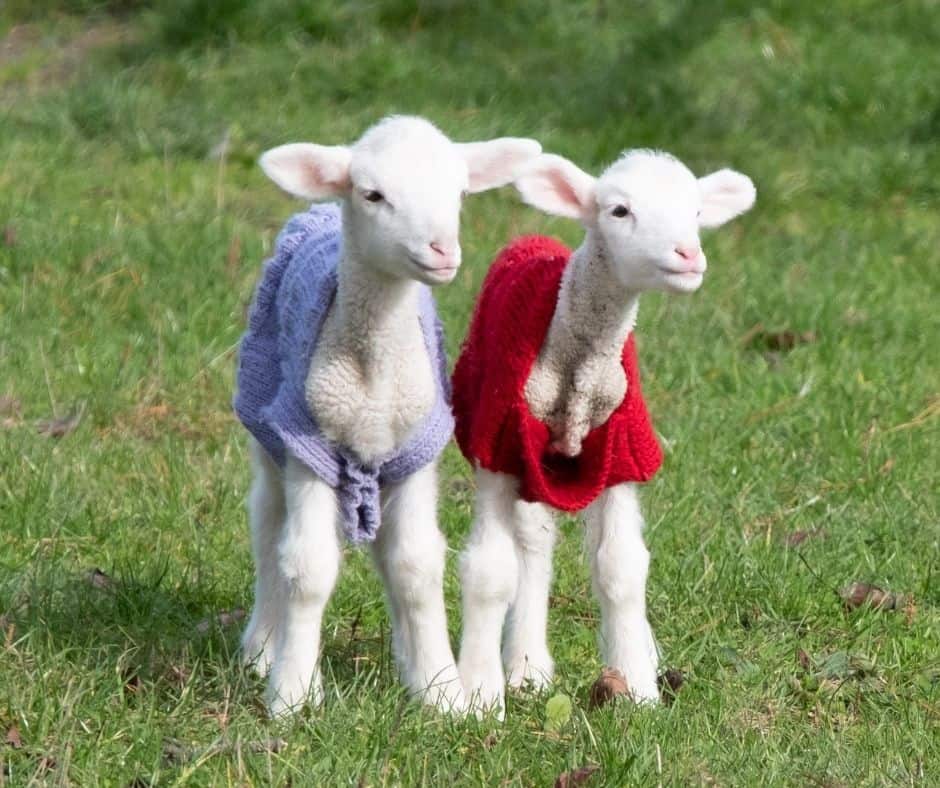 Hanna and Ragnar make the perfect friends. Hanna lives in fairyland! She is quite bizarre and quirky but is also the sweetest, quietest lamb you could ever meet. She is a good friend for Ragnar who was very timid and… Kale and Sapphire have become very bonded. Kale swooned over Saphhire as soon as she came into care. Both are very timid lambs with a ferocious appetite. Sapphire likes some independence however Kale will not let her out of his… In ancient Greek mythology, Pan is the god and protector of shepherds and flocks and is half sheep and half man.  Our Pan, who was premature and only 1.7kg on arrival, is sweet and timid, probably because of his small… Herbie commenced as a sweet, loving, quiet and placid little lamb. He was what you would call a “dream lamb”! If he could, he would eat and sleep in your arms all day. He had neither good nor bad habits…. Rosemary and Thyme (aka the Scarborough Fair Girls 🥰) arrived into care together having been surrendered by a farmer. Although they were both under the weather on arrival, as you can see here in these beautiful photos, they are both… 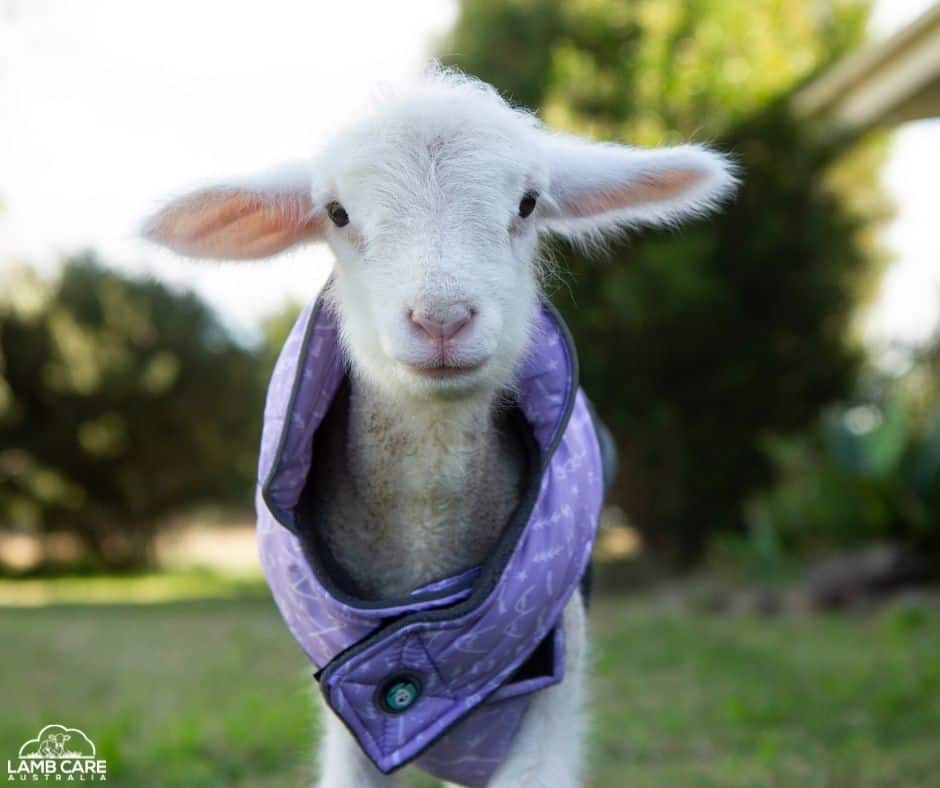 Beautiful Griffi is a big boy, but so incredibly placid, sweet and gentle. His flock was moved to a different paddock but unbeknownst to the farmer, Griffin was accidentally left behind. When he was finally found, the farmer at first… Patrick Imagine being on your own at only a few days old in a big, strange world with no one you recognise and no mum to take care of you. This is the position our latest arrival, little Patrick Lamb,… Ritchie was born one of a triplet and was surrendered due to not being able to walk. We are glad to say his legs are getting stronger and he even did his first Lamb Frolic this week which was great… Savannah is going from strength to strength. Every day her coordination and mobility improve. No longer in need of a wheelchair she loves to run and play. What a joy to see her enjoying life so much.      …